I hope everyone doing well =].

I came up with this new series called -Music of the Month, which describes my favorite song or most-listened song of the month. As for this October, I have been in Love with 2NE1's music!! 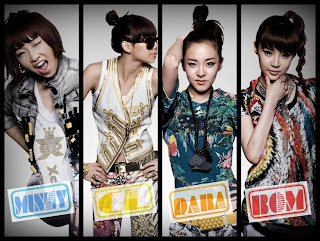 I had came across their music before but I had never really felt anything that was too spectacular about their music that caught my attention. Until recently, I have heard most of their popular songs, and I must say I Love 2NE1 now =)))).


I can't stop playing their songs haha, my most favorite is "Don't Stop the Music" which is just sooo catchy! Have you girlies and guys come across this song yet?

In conjunction with that songs, I love their style and makeup. I decided to do an inspired look from their other song, "Can't Nobody". 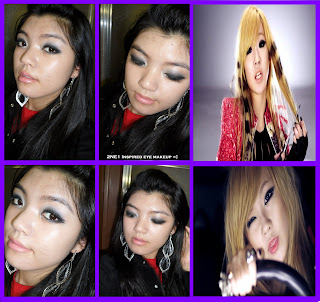 It was my first attempt to do an inspired look from their eye makeup. I must admit... it is not that good, and there's always improvement.

What do you girlies think?

and do you lovelies have your own favorite music group/ song from 2NE1? If not, what are your favorites? =]
Posted by A2NL0V4U at 11:02 PM

A2NL0V4U
I am a ABC- America born Chinese girl who loves to watch Tvb series and listen to asian music. My biggest passion is for makeup and nails. I love to try new things everytime because you can never really go wrong with what you believe in with art =]. This blog is for me to share my thoughts and feelings in the beauty community and also everything in between in my life =]